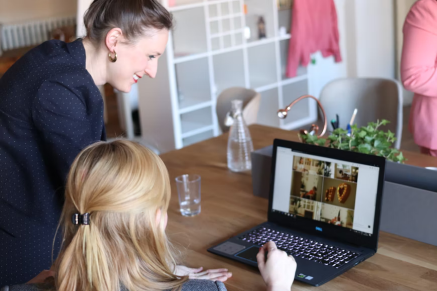 The U.S. economy notched another sizable payroll gain in March as the labor market extended a strong and speedy recovery to bring employment closer to pre-pandemic levels.

The Labor Department released its March jobs report Friday at 8:30 a.m. ET. Here were the main metrics from the print, compared to consensus estimates compiled by Bloomberg. 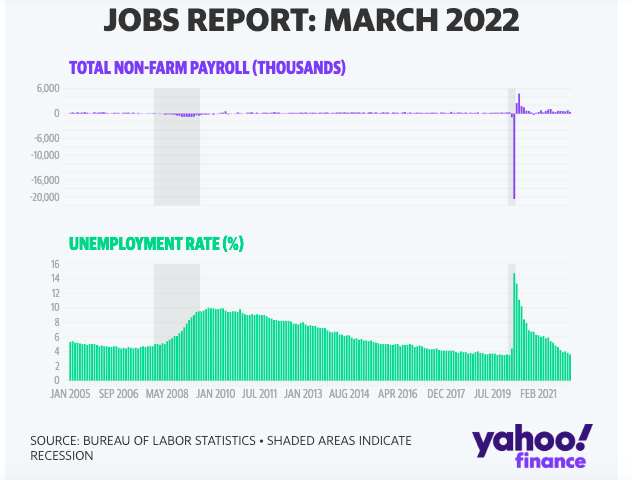 March’s closely-watched jobs report saw payrolls come in lower than expected but still marked a fifteenth consecutive month of expansion for the U.S. workforce. Economists surveyed by Bloomberg had anticipated payrolls to rise by 490,000, according to consensus data. At 678,000, last month’s employment report reflected a stunning upside surprise to investors, with payrolls rising 255,000 more than consensus estimates projected at the time. Moreover, job gains from the last report were also upwardly revised even further to show 750,000 jobs added or created.

The unemployment rate dropped a more-than-expected two-tenths of 1%, edging closer to the historic low of 3.5% seen in February 2020, Bankrate senior economic analyst Mark Hamrick noted, though pointing out that the labor force participation rate remains 1 percentage point below its pre-pandemic level.

The labor force participation ticked up slightly to 62.4% after an unexpected jump to 62.3% in last month’s data signaled more individuals were returning to look for work or be placed in jobs after being sidelined by COVID-19.

“Many of those jobs will take years to come back and even if restaurants and bars and amusement parks wanted to increase staff, they wouldn’t be able to because of the millions of labor force dropouts from baby boomers retiring at the age of 65,” he said. “The economy will run into a wall if it can’t get any more workers, and economic growth is already slowing down to a crawl this quarter.”

Although the recovery has room to continue before pre-pandemic employment levels are restored, the past several months of data have reflected continued momentum in the labor market recovery, even as an Omicron surge in cases of COVID-19 put a dent in demand for workers earlier this year. March figures showed broad gains in employment across industries, particularly in the high-contact services sector, that were hit hard by the pandemic as virus cases retreated further in recent weeks. 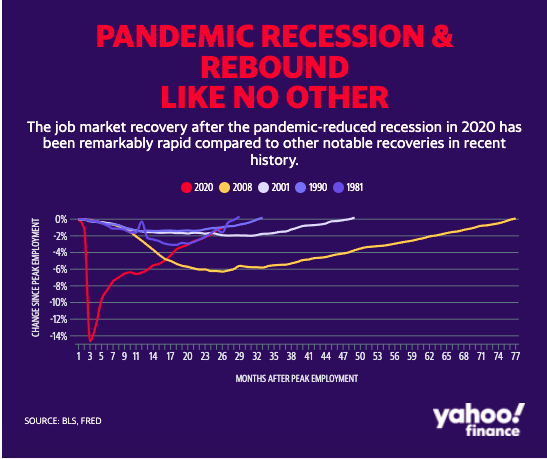 JoAnne Feeney, Advisors Capital Management partner and portfolio manager, told Yahoo Finance Live that although any read in the upper 400,000 range will be viewed as positive, there are still too few people looking for jobs.

“The real thing we’re focused on is labor force participation. Do we get more workers coming back?” she said. “That is the biggest constraint right now on the economy continuing to grow, because there are just not enough people to take these jobs, so getting them to come back into the workforce I think is going to be the better signal about how much growth is ahead of us.”

Labor shortages have been a major challenge, not only for U.S. employers struggling to find enough labor to meet demand as millions of Americans remain on the sidelines of the workforce, but also for the Federal Reserve as it attempts to meet its primary economic goals of maximum employment and price stability.

This labor market tightness has strongly informed the central bank’s decision to rein in monetary policy, with economic strength suggesting to officials that the U.S. economy could weather less accommodative financial conditions.

“The Federal Reserve has a dual mandate to promote employment and stable prices,” Bankrate senior industry analyst Ted Rossman said in a note. “The strong labor market is leading the Fed to focus squarely on combating the high inflation rate. Fed Chair Jerome Powell recently hinted at a more aggressive pace of rate hikes, and this report fits that narrative since inflation is a much bigger concern than unemployment right now.” 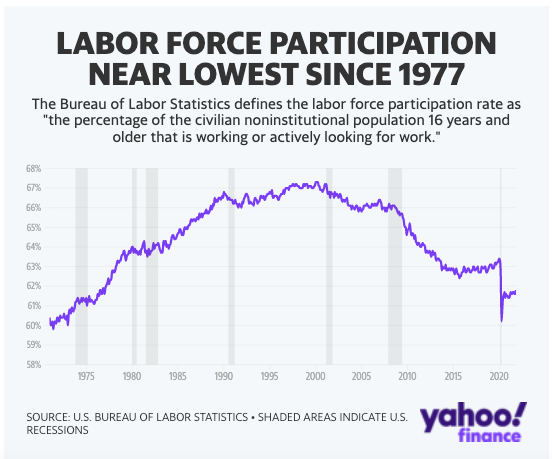 Average hourly wage growth accelerated in March. On an annual basis, wages rose 5.6%, up from last month’s 5.1%. And over last month, average hourly earnings ticked up 0.1% after they stayed flat in February.

Wages have climbed to well above pre-pandemic trends and in turn, contributed to much of the inflationary pressures running hot across the U.S. economy.

Powell acknowledged in recent testimony before the House Financial Services Committee that while labor demand is strong, and labor participation has edged higher, the supply of workers remains subdued.

“As a result, employers are having difficulties filling job openings, an unprecedented number of workers are quitting to take new jobs, and wages are rising at their fastest pace in many years,” Powell said.

Bank of America pointed out in a recent note that amid the labor market recovery is a higher level of job openings for any given unemployment rate than compared to prior history. As a result, the short-run inflation neutral unemployment rate (NAIRU) may be higher than longer-run estimates, implying more sustained wage and price pressures in the near-term, according to the bank.

“The pandemic labor market has seen an extraordinary outward shift in the Beveridge curve (the relationship between unemployment and the job vacancy rate), suggesting difficulty in matching workers to jobs,” BofA economists said in a recent note. “This mismatch may reflect surging goods spending and hence a shortage of workers in the hottest part of the economy.”

Friday’s unemployment figures come as policymakers appear to embrace the possibility that more aggressive interest rate hikes will be necessary, with multiple Fed officials in recent weeks — including Powell — suggesting a 50-basis point hike is on the table.

“Beyond the positive March snapshot, the outlook for the next year is for further moderation in jobs creation,” Hamrick said in a note. “Emboldened by exorbitantly high inflation, a hawkish Federal Reserve feels compelled to slam on the brakes. It is hard to imagine how tightening doesn’t ultimately affect the job market.”

“Federal Reserve officials are already chomping at the bit for bigger 50 bps rate hikes at upcoming meetings, and the tightest labor market since the 1960s is like pouring gasoline on the fire where any policy official worth his or her salt is burning with desire to get interest rates up to 2% neutral levels now,” he said in a recent note. 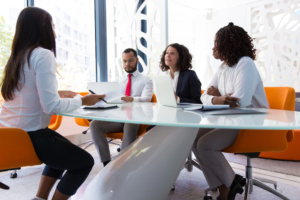 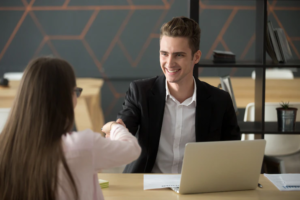 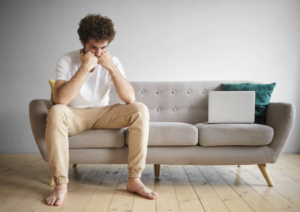 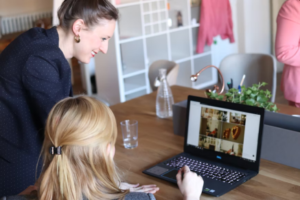